About the location:
Currency Exchange Café is a neighborhood cafe featuring cuisine that embodies a modern mix of Mexican spice, American nostalgia, and Southern soul, and is located at 305 E. Garfield Boulevard in the Washington Park Neighborhood. The Café is the brainchild of Theaster Gates, community builder and one of our city’s most acclaimed contemporary artists, and is part of his broad commitment to supporting the proliferation of arts and culture on the Southside of Chicago.

Peter is the designer and founder of Reformed School, which started in 2013. He uses repurposed and recycled materials to make his products. Reformed School is also a platform to inform people about the importance of recycling and reusing textiles and social justice through fashion. The entire world is our classroom and we should always be learning more to better ourselves.

Brian D. Johnson serves as the CommonWealth Initiative’s CEO. His career in finance began in 2000 at Morgan Stanley in Chicago. In 2002, Brian accepted a role with Wachovia Securities (now Wells Fargo Advisors) to work in their Chicago-based Regional Compliance Department. Since then, Brian has acquired over 15 years of retail brokerage, compliance, and investment banking experience and has served in a number of capacities including: Junior Compliance Analyst and Assistant Compliance Officer.

Taylor Mason is a native of Chicago, IL, and that is exactly where she founded her business, Taylor’s Tacos. The first taco was served in 2014, but the business did not officially launch until the salsa was perfected in October 2016. What started as a fun way to bring people together quickly turned into a taco empire. She specializes in not only creating delicious taco options, but also curating various events and pop-up restaurants throughout the city. She believes in creating community one taco at a time. All of her hard work is coming to fruition as Taylor’s Tacos will have a catering kitchen and event space in Hyde Park opening in 2018.

Kim L. Hunt is currently executive director of Pride Action Tank (PAT). Her career spans the public, private, and nonprofit sectors with a focus on collaborative approaches, advocacy and project management. PAT, a program of the AIDS Foundation of Chicago, is a social justice lab devoted to improving outcomes and opportunities for LGBTQ and other marginalized communities.  She was previously executive director of Affinity Community Services, a nonprofit that worked with and on behalf of Black LGBTQ communities, and co-founder and managing partner of O-H Community Partners, a management consultancy for small businesses and nonprofits. 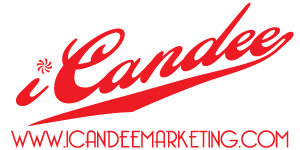 © 2021 LGBT Chamber of Commerce of Illinois. All Rights Reserved. Photos by Starbelly Studios.